Rank or Reach? The Rise of Earned Influencer Marketing

Today, Holmes Report released a study on the top-performing PR agencies’ social media profiles. How exactly were these agencies ranked? With Insightpool’s rank and reach algorithms.

Insightpool’s updated ranking algorithm scores influencers based on their overall influence across social media based on the following factors: content relevance to your search, audience engagement from the account on those topics and lastly audience size.

In the category of overall reach, Edleman came out on top while MWWPR received the top scored for overall rank in Insightpool. (Switch the order of this, I want rank to come first)

As also the report mentions, FleishmanHillard and Weber Shandwick were the only two in both categories, but scored lower in the category of rank. Wouldn’t it make sense for the firms with a large audience to also have the rank of resonance and relevance to the audiences of public relations? If this were, what a recent article in Forbes considers, “traditional,” paid influencer marketing, sure; but the fact is earned influencer marketing outranks all other metrics

People aren’t looking for ads from influencers, they’re looking for great, engaging, authentic content. Paid-for content is easily recognized and is simply no longer interesting. Organic content with a focus on PR is what drives engagement now.

Regardless of the audience size, a paid ad is still just that: paid. Partnerships with earned influencers and earned media is gaining the resonance and respect of audiences across social. Earned media value (EMV) is quickly becoming the metric that is driving the evaluation process of many earned influencer marketing campaigns.

This is the beauty of earned influencer marketing: the right audience, not just the largest audience  can be an influencer. Insightpool is home to over 750 million influencers, providing access to influencers you wouldn’t find on other platforms.

The key to influencer marketing is no longer audience size, but the amount of engagement an influencer has on the key topic the brand wants.

At Insightpool, we’re very excited to see the rise of earned influencer marketing and the rising value of earned media. It’s no longer a game of dollars put toward influencer campaigns, but a game of results . 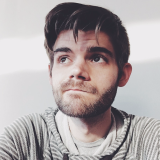 Colt Dillard is a marketer at Insightpool and a creative writer and blogger.