Now Facebook, always one to exploit a trend before it takes off, has doubled down on empowering earned media with its CrowdTangle purchase.

Earned media of course is nothing new for Facebook, which, along with YouTube, pioneered the idea of “going viral.” But what if you could engineer an earned media strategy though influencer and advocate cultivation instead of by chance? Fearing the perceived randomness of earned media, most brands have favored paid or owned media strategies on Facebook versus treating it as the main event.

Earned media execution requires strong technology tools because earned media management is complex. You don’t just buy a placement. Identifying those who are likely to spread your messaging and become advocates for you is complex and oftentimes overwhelming without technology. This purchase is an acknowledgement of that by Facebook and one we’re excited to see as industry leaders in the space.

Another reason, though, may be that Facebook is looking to monetize earned media. In its infancy Facebook was focused on organic reach, to grow the network to critical mass. Then it monetized that following via display ads which were at first cheesy but have now evolved to mimic organic posts. This latest step is to go beyond presenting earned media as a value add and instead make it a primary advertising vehicle.

Monetizing virality is a tricky proposition. It requires making something seemingly random and attempting to make it predictable. It also requires some strong technology tools. That’s why Facebook is buying a technology platform to layer in. Brands need to think of technology solutions that can help them identify, segment and engage earned influencers with both pulse campaigns and always-on activation.

Why? Like others, Facebook has taken note of ad blockers, the interruptive nature of advertising on mobile and a movement away from advertising towards branded content and surmised that marketing messages that are non-interruptive and receive the imprimatur of people they know and respect may be a better proposition. That seems like a logical move, especially in world in which the power of paid media has been recently called into question in such a dramatic way. 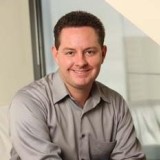